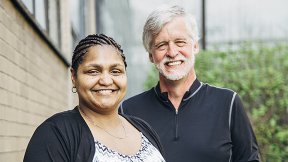 Among the Ranks of the Initiated

Sonya Ballentine—four years ago “chronically homeless” and now an Illinois Tech research associate—is a soul soldier. “What we do, we do as the two of us together,” says Patrick Corrigan, Distinguished Professor of Psychology at Lewis College of Human Sciences. “I’m the numbers guy and she’s the soul with the... 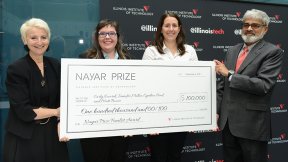 In the early 1980s, as entrepreneur Madhavan Nayar (M.S. IE ’68) expanded his software consulting firm Unitech Systems from a staff of one man to many individuals, he adopted a nonconformist management philosophy. Inspired by the quality principles set forth by statistician W. Edwards Deming, Nayar chose collaboration as his company’s cornerstone. 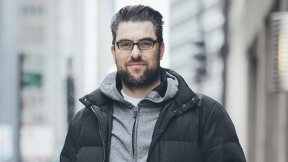 Rebel With a Cause

In some ways Daniel Martin Katz, associate professor of law, is as complex as the law itself. Brash and outspoken yet clever and suave, he fires ideas like bullets aimed at disrupting legal practice, scholarship, and education. 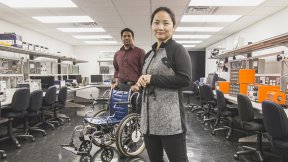 Two Illinois Tech professors—one an engineer and the other a psychologist—are combining efforts in a new area of research known as citizen science, which focuses on the human side of design. 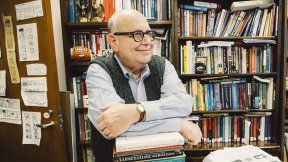 The adage “it starts at the top” could apply to any dynamic—a sports team, classroom, or Fortune 500 company—where leadership is central to a group’s success. But in business, can the value and performance of top-level managers and corporate boards be quantified? Illinois Tech’s new Center for Corporate Performance (CCP)... 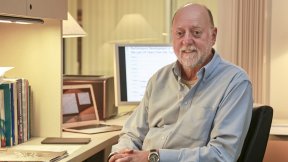 Into the Titan-Sized World of Supercomputing

The fastest computer in the United States fills a room the size of a basketball court and generates an electricity bill estimated at $9 million per year. Behind this titan-sized technology is the combined brainpower of a scientific team at the largest U.S. Department of Energy laboratory—Oak Ridge National Laboratory... 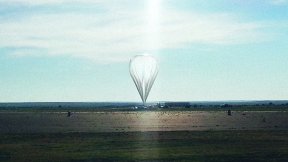 Room with a View

When two students representing the Illinois Tech American Institute of Aeronautics and Astronautics team arrived at 3 a.m. at Fort Sumner in the New Mexico desert, the only thing standing between them and the launch of their team’s payload was Mother Nature. Fortunately, on September 7, 2015, the wind was... 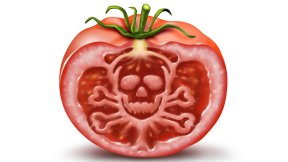 In its quest to cure the causes of foodborne illness outbreaks, the United States is doubling down on prevention. In 2011 the United States passed the Food and Drug Administration’s Food Safety Modernization Act, a set of regulations and guidance aimed at curtailing the estimated 48 million incidents of individual... 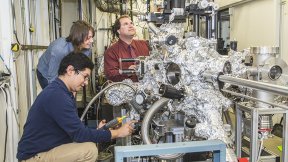 As a second-grader, Jeff Terry hoped to one day be a nuclear chemist. But as a young adult he fought against the Bailly Nuclear Power Plant, a failed project (construction began in 1974 and was canceled in 1981) planned for the Indiana Dunes National Lakeshore, because he feared it would kill the fish in Lake Michigan. During graduate school, however, he again had a change of heart. 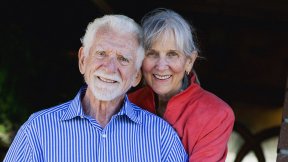 With his signature charm, Martin “Marty” Cooper (EE ’50, M.S. ’57) will not only tell you an improbable idea is possible, but he’ll also map out a way to achieve it. If you don’t believe it, consider your smartphone. In the early 1970s, communications giant AT&T dismissed the idea of... 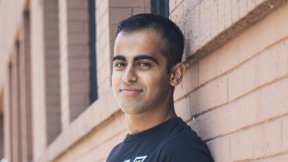 During his senior year at Illinois Tech , Nishanth Samala (CS ’14) took his Mazda in for routine maintenance and received a shocking $2,000 repair bill. Later he learned the total was significantly inflated for the type of work done. This disturbed the self-proclaimed gearhead, who has tinkered with cars... 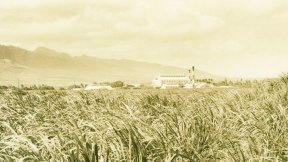 On the southwest coast of Oahu, Hawaii , the remains of the now-defunct Ewa sugar plantation stand like a relic of a generation and way of life that has faded into history. But in the mid-twentieth century, when Dennis Irie (ARCH ’66) grew up there, it was a bustling community...