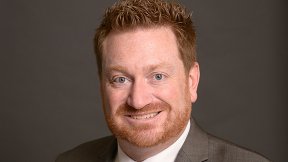 Armour College Harry R. Smith Joins the Department of Mechanical, Materials, and Aerospace Engineering as a lecturer Is an accomplished aeronautical engineer well versed in both computational and experimental aerodynamics Since 2014 has worked at the Aircraft Research Association in Bedford, England, where he provides rotary aerodynamic expertise in both... 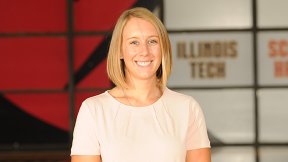 This fall Chapin Wehde joined Illinois Tech as head athletic trainer, a role she has prepared for since she first discovered athletic training was a “perfect fit” as a high school student who sustained some significant injuries from playing soccer. As head AT, Wehde is part of a select group. In the most recent (2014) national longitudinal study that tracked women's participation in intercollegiate sports, only 32.4 percent of women held head AT positions across all three divisions of the National Collegiate Athletic Association. 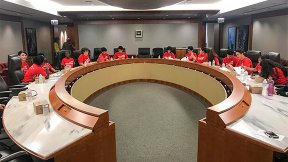 A group of high school students from Chicago’s Von Steuben Metropolitan Science Center had an eight-day opportunity this summer to explore power in various forms through the Opt4STEM Energy Academy. Opt4STEM (The STEM Partnership for College Success Program) is a year-round programming partnership between Von Steuben, Exelon, and Illinois Tech... 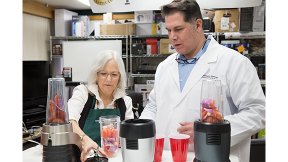 In Search of “The Best Personal Blender”

While new catalog products outside of Hammacher Schlemmer’s “The Best” category are also thoroughly inspected by Mohammed Faraj’s testing team at the Hammacher Schlemmer Institute to ensure that they are safe, that instructions are easy to understand, and that the manufacturer’s claims are accurate, “The Best” products, however, utilize a... 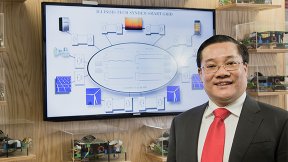 Qing-Chang Zhong came to the United States just over three years ago with a paradigm-shifting power invention and motivational scrolls in his native Chinese language, joining the Department of Electrical and Computer Engineering that featured Illinois Tech notables such as Lee DeForest (faculty member from 1899–1901), Marvin Camras (EE ’40,... 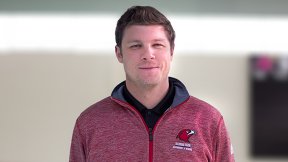 Kyllian Griffin, head coach of the Scarlet Hawks men’s and women’s swimming and diving teams, says that the student-athletes’ combined success at the 2018 Liberal Arts Championships came down to one simple reason. “We work really hard,” says the Appleton, Wisconsin, native, adding that all of their efforts in the... 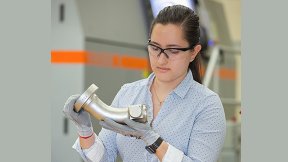 As a young girl, Leana Osmer (AE ’16) would stand on the driveway with her parents and sister, gazing up at the California sky. With anticipation, Osmer and her family searched for NASA’s International Space Station—a small, bright light traveling across the starry night. Osmer’s mother, Diane, had helped to develop the software that determined the orientation of the station’s solar panels. 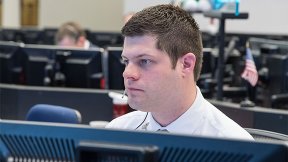 Brandon Lloyd took a trip to the Lyndon B. Johnson Space Center when he was in middle school and says that he fell in love with human space flight then. He selected Illinois Tech because it was a small school that offered an aerospace engineering degree. Now an average day for Lloyd involves ensuring that there’s enough potable water for the ISS crew and an exciting day investigating space fires. 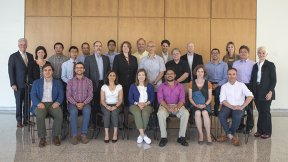 New faculty joining Illinois Tech in 2017–18 include researchers and scholars in Armour College of Engineering, Chicago-Kent College of Law, the College of Architecture, the College of Science, the Institute of Design, Lewis College of Human Sciences, the School of Applied Technology, and Stuart School of Business. Mohammad Asadi joins... 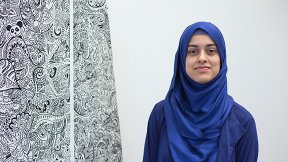 The artist’s signature, capped by a swirling flower, is as delicate and as intricate as is her mural in IIT Tower—a 3-foot by 7-foot outline of a tall building filled with a hand-drawn landscape of black and white leaves, buds, curlicues, and an occasional peeking panda. Fatima Azfar (CS 3rd... 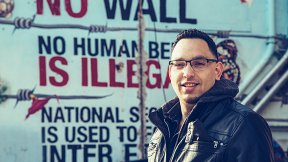 Venezuelan-born Carlos Roa Jr. became an activist in 2007 to share his immigration story. After three years spent connecting with other young undocumented individuals and like-minded supporters in the United States, Roa, along with three other activists, embarked on a 1,500-mile trek from Miami to Washington, D.C., meeting with representatives and legislators at the local, state, and federal levels. In 2012 former President Barack Obama issued an executive order granting certain undocumented youth administrative relief under the Deferred Action for Childhood Arrivals (DACA) program. 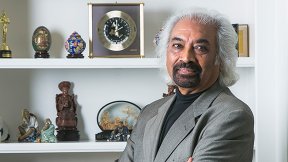 Telecommunications visionary Satyanarayan “Sam” Pitroda (M.S. EE ’66) believes that the world was last designed by the United States some 70 years ago, after World War II, and included the creation of prominent organizations such as the International Monetary Fund, the United Nations, the World Bank, and the World Trade...