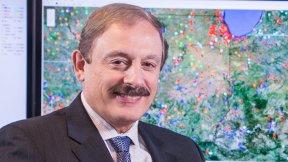 The number of National Academy of Engineering members among faculty at Illinois Institute of Technology has increased to four with the recent announcement that Mohammad Shahidehpour , Carl and Paul Bodine Endowed Chair in Electrical and Computer Engineering, was elected to its ranks. Shahidehpour is one of 80 new domestic... 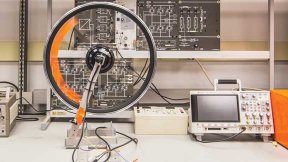 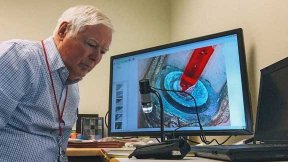 A Life Devoted to Fire Protection

Since his graduation from Illinois Tech, Thomas Gayle Pennel (FPE ’67) has devoted his professional life to designing and evaluating fire protection systems. For nearly five decades he has designed fire protection plans for structures such as Kingdom Tower in Saudi Arabia, Chicago’s Willis Tower, and the Miami International Airport. 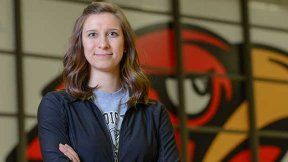 Some of the young men were high school stars while others cobbled together a pick-up game on the sandy shores of Lake Michigan. What they all had in common was the drive to obtain a high-quality education paired with the desire to play their sport of choice—volleyball—at the collegiate level... 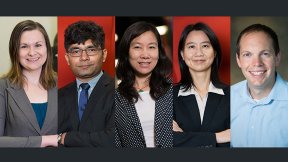 Last December when Illinois Tech learned that Jeff Wereszczynski, assistant professor of physics, was the recipient of a Faculty Early Career Development ( CAREER ) Award from the National Science Foundation, the news was exciting enough. His win brought the number of CAREER Awards presented to Illinois Tech faculty to... 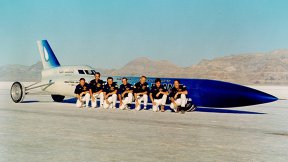 “I do believe that out of the whole crew, not including driver Gary Gabelich, I was faster in the quarter-mile. I had driven 215 mi/h at the Rockford Dragway. I had also finished up a twin-engine car and went 180 mi/h in that.” 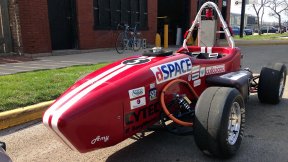 Banks says that while men have outnumbered women on the IIT Motorsports Formula SAE team, members share in camaraderie and professionalism. “I’ve seen a lot of respect from the students here,” she says, “because the focus is about learning and innovating…” She notes that one of the biggest issues the team contends with is changeover, as international-exchange students, for example, join the team for one year and then return to their home countries. Last year, four women were on the team and two have since returned to Brazil. The team actively works to replace critical position vacancies as openings become available. 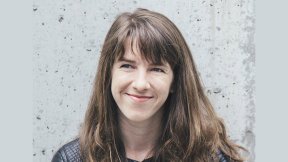 Looking for the Ordinary and the Unusual

Kelly Lohr’s academic journey thus far seems to be both straightforward—and anything but. She keeps heading east, first traveling from her home in Greeley, Colo., to Chicago to enroll at Illinois Tech and then on to Providence, R.I., where she is currently a graduate student in the industrial design program... 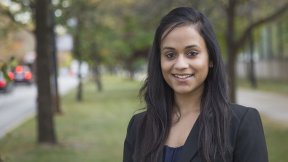 No Place for Incivility

When the National Science Foundation released a report suggesting that mistreatment or incivility in the workplace may be a reason why women leave STEM fields, Mahima Saxena felt compelled to dig deeper. Saxena, assistant professor of psychology in the Industrial-Organizational Psychology program at Illinois Tech, wanted to better understand the... 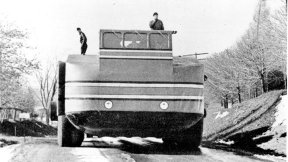 The Snow Cruiser at 75

Illinois Tech is connected to some of the world’s greatest inventions. The cell phone. Bar code technology. Magnetic recording. You’ve probably heard of them. What about the Snow Cruiser? Invented at Armour Institute of Technology’s Research Foundation, the research branch of Illinois Tech’s predecessor Armour Institute, in 1939, the Snow... 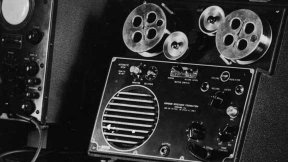 A Personal Voice to the War-Torn Past

Dr. David P. Boder with Armour wire recorder, Europe, 1946 Before anyone used the word “ Holocaust ” to refer to the Nazi atrocities of World War II, David Boder had already recorded the stories of 130 people who had survived it. In 1946 the former Illinois Tech psychology professor... 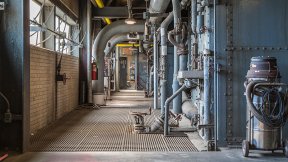 While the peacocks of IIT’s Mies Campus—S. R. Crown Hall, The McCormick Tribune Campus Center/Exelon Tube, and State Street Village, to name a few—may command center stage, there are many less-showy places that are attention-grabbing in their own right. Heading south from the campus’s northwest corner across from Stuart Field,...