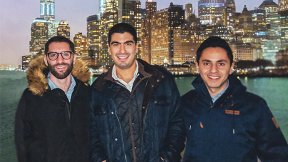 Helping Those Left Behind

[Left to right] Syrian Youth Empowerment Initiative co-founders Majed Abdulsamad (ARCH ’16), George Batah (BA ’15), and Toufik Simo (BA ’16) enjoy an evening out in Chicago. (Co-founder Abed Arnaout (EE ’14) is not in the photo.) Majed Abdulsamad’s last day as a student in Syria ended with his assault... 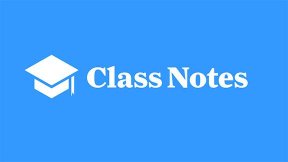 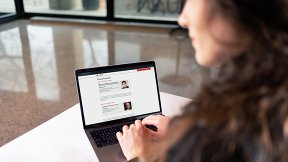 With seven colleges, four research institutes, and $56 million in annual research volume, Illinois Institute of Technology continues to make a difference through its groundbreaking work. New this year, Alumni University offers alumni the opportunity to “come back to class”—virtually—for a glimpse into how our faculty, staff, and researchers are making a real-world impact every day. 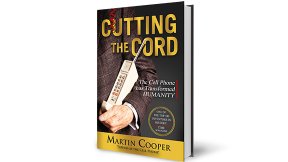 In Cutting the Cord: The Cell Phone Has Transformed Humanity, Martin “Marty” Cooper (EE ’50, M.S. ’57), “father of the cell phone,” recounts his storied career and the innovations that led to his invention of the world’s first practical cellular phone in 1973. 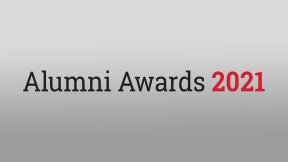 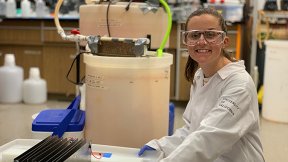 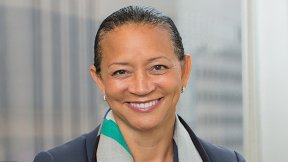 An Update from the Alumni Board Chair Sherrie Littlejohn

Over the last year, I think it’s safe to say we’ve all become used to confronting daily change. These changes have come in all varieties: anticipated change, unexpected change, change we’ve hoped for, change we’ve feared, and some of which we’re still processing. 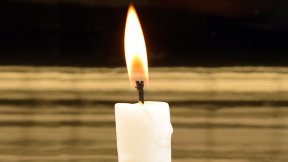 Joel T. Daly (LAW ’88), La Grange Highlands, Illinois, was a notable Chicago WLS-TV news anchor who worked at the ABC7 station for nearly 40 years before retiring in 2005. He was one member of the well-respected “Eyewitness News” team that also included Fahey Flynn, John Coleman, and Bill Frink. Daly and his co-anchor Flynn are credited with bringing the concept of conversation into news delivery. After his retirement, Daly worked as a legal analyst and consultant. He was inducted into the Chicago Journalism Hall of Fame (2001) and the National Academy of Television Arts and Sciences Silver Circle Chicago/Midwest Chapter (2002), and received the first Pioneer Award from the Illinois Broadcasters Association (2008) and five Emmy Awards from the Television Academy. 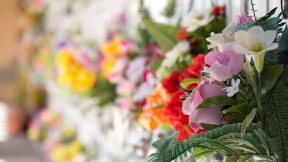 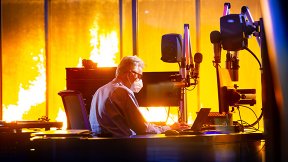 Alan W. Cramb concluded his presidency not with the fanfare of a brass band, but with the crackle and hiss of vinyl records playing some of the music of his “personal history.” On March 5 from 7-8 p.m., Cramb served as a guest disk jockey at the A. Sidney Katz Radio Studio of WIIT 88.9 FM, Illinois Tech’s student radio station. This gig came one year after Cramb’s WIIT DJ debut on April 3, 2020, to kick off a 60-hour COVID-19 stay-at-home dance party. 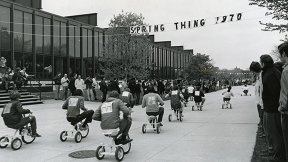 W. Ronald Johnson (FPE ’56) Ormond Beach, Fla., and James Johnson (FPE ’58), Clearwater, Fla., both followed similar paths in life: both received four-year scholarships to Illinois Tech from the Western Acturial Bureau, both became automatic sprinkler engineers, both obtained the same professional certifications, and, after years working in the insurance industry, both retired with their families to Florida. 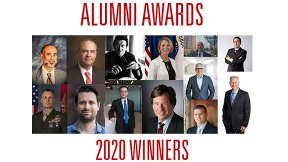