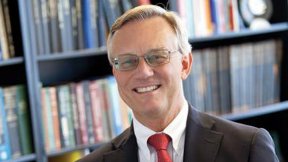 “I live my life in widening circles that reach out across the world.” —Rainer Maria Rilke I especially look forward to two times of the year on the academic calendar. One is Commencement. I like to remind people that graduation is associated with “commencement” for a good reason. It is... 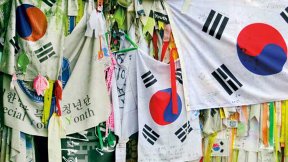 While you may not have the opportunity as i did to travel abroad and become acquainted with some of our international alumni, you can read how the university’s global reach extends to nearly every continent on Earth. A memorial remembrance at the Korean Demilitarized Zone Photo: Jeanne Hartig From Seoul... 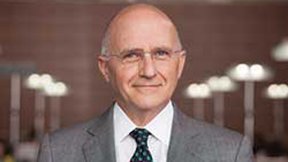 Bringing Attention to the Supreme Court

When the United States Supreme Court heard high-profile cases this past term—including the Defense of Marriage Act and the Voting Rights Act—Americans could hear every word exchanged between justices and lawyers during oral arguments thanks to audio recordings released by the Supreme Court. The exchanges gave both legal pundits and... 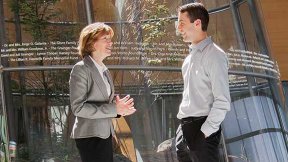 While Robert Dawe (BME ’06, Ph.D. ’11) was an IIT student, he felt that his research on Alzheimer’s disease could have a potential impact one day. The most common cause of dementia among older individuals, the irreversible, progressive illness may affect as many as 5.1 million Americans, according to the National Institute on Aging. But Dawe says the significance of his work became more tangible while he was an Achievement Rewards for College Scientists (ARCS) Foundation Scholar. 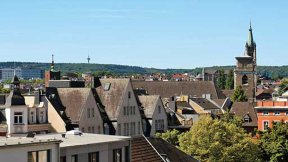 EUROPE - Rising to the Research Challenge in Germany

Aachen, Germany This summer, six IIT undergraduates were given the chance “to rise up and go beyond” by expanding their educational and cultural horizons through the Research Internships in Science and Engineering (RISE) program. According to the IIT Study Abroad Office, more than 2,000 students from the United States and... 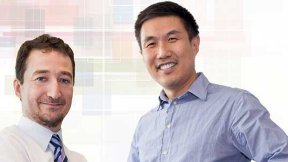 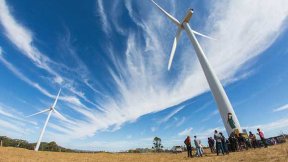 A gold rush for new energy forms is unfolding halfway around the world. Daniel Magasanik (Ph.D. GT ’63), a 40-year resident of Melbourne, Australia, is in the thick of it. He works in two of the liveliest—and sometimes contentious—domains: natural gas and renewable energy. Photo: Katie Dutton “Over the last... 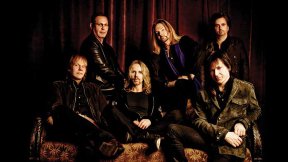 “Citizens of western DuPage County...” the guitarist purred into the microphone before erupting into the maniacal sentence-ending shout, “...LIGHT UP!” Many in the cheering crowd did just that, flicking open lighters and hoisting them high, in a tradition made popular at arena rock concerts of the ’70s and ’80s. Acknowledging the audience response, James Vincent “J. Y.” Young (MAE ’70)—a lead guitarist and vocalist of the band Styx—smiled, sidled up next to his co-lead guitarist/vocalist, Tommy Shaw, and launched into “Light Up” from the band’s 1975 album Equinox. The scene seemed a mutual musical high shared by the boys in the band and their thousands of fans at this summer’s Naperville (Ill.) Exchange Club’s Ribfest 2013. 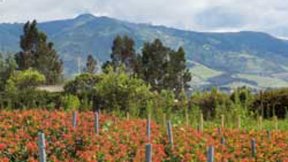 As co-founders of Global Petals, Parth Kapadia (CE ’13) and his business partner, Michael Lyons, have nothing against making time to stop and smell the roses, literally. But for the past two years, they have made their top priorities running their international floral enterprise and establishing its unique cross-continental supply chain. 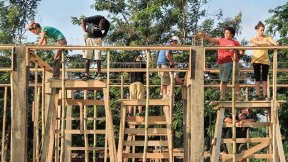 AFRICA - Building a Library and Community in Ghana 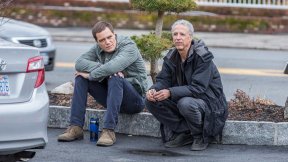 In the late 1960s, Steven A. Jones-“a 17-year-old kid from New York City who was into rock and roll music”-was also into product design and animation, and moved to Chicago to study at IIT Institute of Design. His decision was indeed a propitious one. He became friends with future Styx... 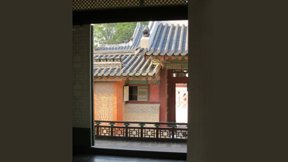 The Origins of the IIT Asian Alumni Association

A scene through the doorway of one of the many buildings on the grounds of the Gyeongbokgung in Seoul, considered by many to be the most famous palace of the Joseon Dynasty. Photo: Jeanne Hartig The first IIT international alumni meeting was held in Hong Kong in 2000 with Victor... 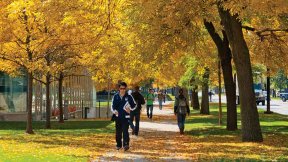 An international rock star, a floral entrepreneur, wireless researchers-these are just some members of the IIT community whose reach extends beyond our country’s borders. You can read their stories in the fall 2013 issue of IIT Magazine at magazine.iit.edu. 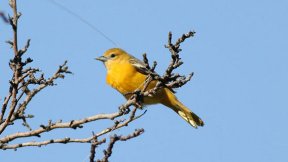 White-throated Sparrow Each spring and fall, IIT Main Campus bird aficionados flock to an early morning escorted walk that showcases the remarkable variety of feathered creatures that frequent this urban environment. The walk is led by Geoffrey Williamson, professor and interim chair, IIT Department of Electrical and Computer Engineering, along... 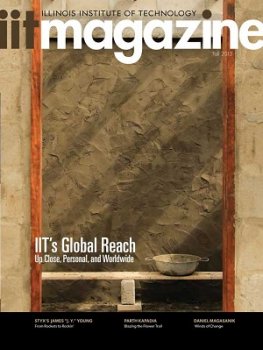 Vice President for Marketing and Communications