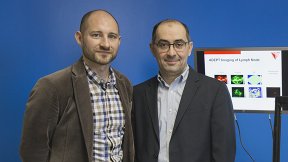 Brilliant Beacons on the Research Horizon

The future of tailored cancer drug therapy lies within the lima bean-shaped image on a computer screen in Illinois Tech’s Medical Imaging Research Center. The image depicts a whole porcine lymph node illuminated by bright red and green points of injected fluorescent dyes and is the first produced with the ADEPT Cancer Imager. The innovative device produces a 3-D high-resolution molecular map of a piece of tissue such as a lymph node indicating microscopic areas where cancer has spread, and at a far more minute level than existing imagers. 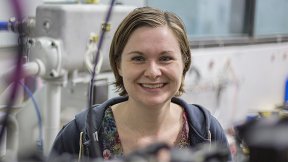 Two Fuels Are Better Than One

Optimizing fuel performance and minimizing emissions has been the ambition of every engineer who designed a combustion engine since George Brayton developed his “ready motor” in 1872. Illinois Tech Assistant Professor of Mechanical, Materials, and Aerospace Engineering Carrie Hall is currently at the cutting edge of that search for new ways to make diesel engines cleaner and more efficient using dual-fuel technology. 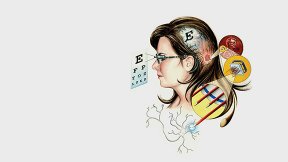 Since the 1990s Philip Troyk, associate dean of Armour College of Engineering, professor of biomedical engineering, and professor at Stuart School of Business, has been working to restore vision to sight-impaired individuals. This year the National Institutes of Health awarded Illinois Tech and six partner institutions a five-year, $11.8 million grant for an early feasibility clinical trial of a visual device that bypasses the retina and optic nerves, instead connecting directly to the visual cortex of the brain. 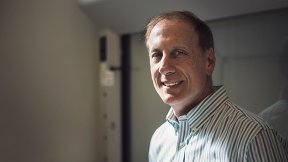 Searching for a Cure

An epileptic seizure is like a storm that rages across the neural network of the brain, with many neurons firing uncontrollably at once. David Mogul, professor of biomedical engineering, is attempting to understand what happens to that network when a seizure occurs. 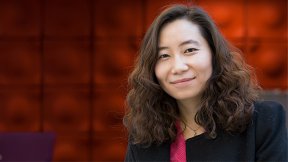 Certain Direction in an Uncertain World

Like an invisible yet masterful weaver, Illinois Tech Associate Professor of Applied Mathematics Lulu Kang quietly works behind the scenes to enable scientists and engineers to design and build the best systems possible. As a statistician, she develops efficient data-collection and data-analysis methodologies and theories to create statistical models for complicated engineering and scientific systems. 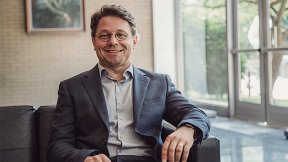 In the spring, air pollution in Seoul, Korea, often exceeds the World Health Organization’s recommended levels—a problem that is regularly attributed to pollution that originates in China and blows across international boundaries. Matthew Shapiro, an associate professor of political science at Illinois Tech’s Lewis College of Human Sciences and research... 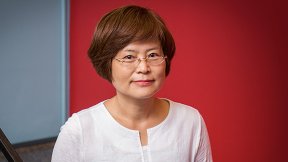 Targeted immunotherapy allows oncologists to design a new class of hunter-killer cells that can seek out and destroy cancer while leaving normal cells alone. The result is reduced toxicity compared to the currently available treatment such as chemotherapy and radiation therapy, and the potential for the highly effective cancer therapeutic method has been explored. 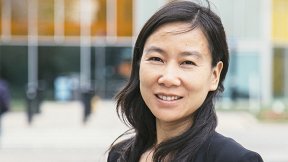 An automotive Utopia (“Autopia”) of driverless vehicles may be the key to safer roads, better fuel efficiency, and smoother traffic flow. By moving you at higher speeds, it might even shorten your commute. Photo: Scott Benbrook But, in order to function optimally, it will also require you to relinquish the... 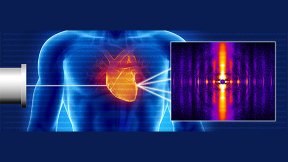 For more than 100 years, a basic physiological tenet has ruled cardiac function: A healthy beating heart will pump out the same amount of blood that it receives. Known as the Frank-Starling Law of the Heart, it is as accepted as gravity and, like gravity, is still not fully understood. Using X-ray diffraction techniques, Thomas Irving from Illinois Tech’s College of Science and Pieter de Tombe from Loyola University Chicago Stritch School of Medicine discovered that the protein titin may play a critical role in the nano-science behind Frank-Starling. Blood enters the heart during its diastolic phase, when cardiac muscle is relaxed and lengthened. As the heart pumps and enters into its systolic phase, the muscle forcefully contracts through the interaction of myosin and actin protein filaments. Titin serves as a kind of elastic band that stores energy when cardiac muscle is stretched and releases energy when the muscle contracts and shortens. Irving and de Tombe learned that the action of titin pulling on the myosin filaments causes changes that ultimately result in increased strength of muscle contraction when muscle is stretched when the heart fills in the diastolic phase. 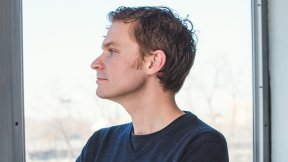 It’s been said that some people resemble their pets and with that in mind, Brent Stephens, IIT assistant professor of architectural engineering, likens the structure of a building to its human inhabitants to help explain the diagnostic work that he does. After all, as he notes, people and their buildings... 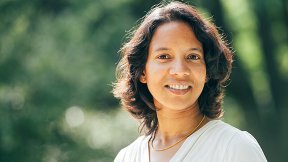 Insights Into the Ionosphere

Look skyward on a winter’s night in the Northern Hemisphere and you may glimpse the beauty of the aurora borealis. Come sunrise, the same forces that spur its shimmering bands will likely wreak havoc with communication systems and GPS navigation. Each time the sun beams a solar flare or lobs... 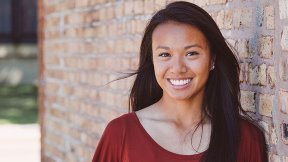 Ask Veronica Torres (BME 4th year) to describe two highlights of her summer vacation, and chances are she will tell you about completing brain surgery on mice and observing cells glow when excited by high-energy light. Some 30 other IIT engineering undergraduates might describe similar research experiences thanks to their...