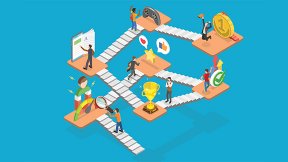 Gamification at School or Work a Win-Win

Incorporating elements of gaming into learning environments and workplaces is proving not just trendy, but also effective in producing positive learning outcomes, according to new research from Assistant Professor of Psychology Kristina Bauer and industrial-organizational psychology Ph.D. students Danny Gandara and Caribay Garcia-Marquez. 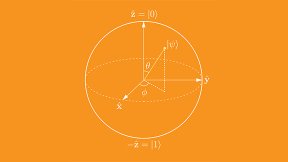 The qubit is rightfully claiming its stake in twenty-first century computing. Much like the bit that comprises the binary language of standard computers, the qubit is the basic unit of communication of quantum computers. John Zasadzinski, Paul and Suzi Schutt Endowed Chair and Illinois Institute of Technology professor of physics, and new faculty member Rakshya Khatiwada, assistant professor of physics, are representing the university in a partnership with Fermi National Accelerator Laboratory on a $575 million multi-institution initiative to develop a quantum computer that is millions of times more powerful than today’s supercomputers. 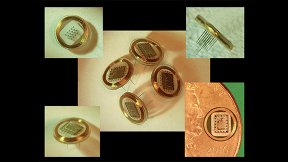 Seeing with the Brain

A groundbreaking artificial vision system that bypasses the optic nerve and instead, transmits image information to a special pair of eyeglasses via a camera and a wireless implant on the visual cortex of the brain, has advanced to the clinical trials stage this year. The National Institutes of Health awarded... 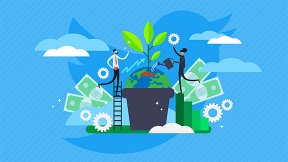 A trio of researchers at Stuart School of Business at Illinois Institute of Technology is investigating the relationship between the social media activity of companies and the level of their corporate social responsibility, or CSR—that is, voluntary activities that benefit society, such as donating to charities or adopting fair-trade policies. 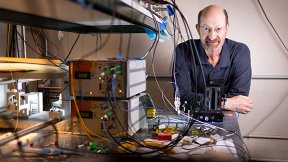 Best-Laid Plans of MICE and Researchers

Professor of Physics Daniel Kaplan and a group of international collaborators recently had an article published in Nature about how their beam-focusing Muon Ionization Cooling Experiment (MICE) could contribute to the development of the next generation of particle accelerators. 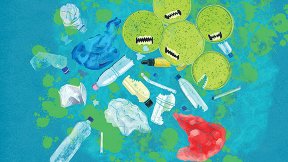 The National Oceanic and Atmospheric Administration estimates that 8 million metric tons of plastic—or the weight of nearly 90 aircraft carriers—enter oceans annually, threatening wildlife and entering the food chain up to human consumption. But what if an organism could be used to break down the plastics? A team of Illinois Institute of Technology students is working to genetically modify algae that could eat away at this growing problem. 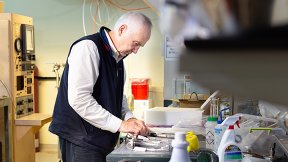 Growing Crystals Onboard the ISS

Nuclear radiation on Earth may soon be more easily detected thanks to investigations launched into low Earth orbit on the International Space Station U.S. National Laboratory (ISS). Aleksandar Ostrogorsky, professor of mechanical and materials engineering at Illinois Institute of Technology, is the principal investigator of an ISS research project dedicated to studying the effects of microgravity on the production of single semiconductor crystals. 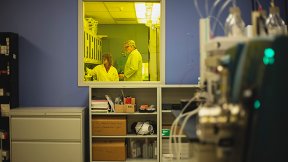 An IIT Research Institute (IITRI) scientist and Illinois Institute of Technology biology professor is working to provide convenient relief to some of the estimated 22 million Americans who suffer from sleep apnea. David McCormick, IITRI president and director, is collaborating with University of Chicago Harold Hines Jr. Professor of Medicine Nanduri Prabhakar to develop a sleep apnea pill that becomes active in about 15 minutes and lasts for 7 to 8 hours. 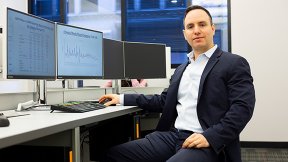 The European Union took the lead in implementing stringent privacy protections for consumer data when it rolled out the EU General Data Protection Regulation (GDPR) in May 2018. With its strict rules spelling out how personally identifiable information about EU residents can be gathered and used, GDPR has become a model that other countries, including the United States, are looking at closely as they grapple with their own approaches to data privacy. 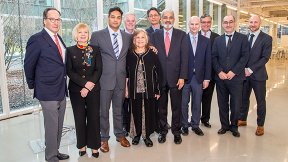 The inaugural $1 million Nayar Prize competition—established by Madhavan Nayar (M.S. IE ’68), and his wife, Teresa, on behalf of the Nayar Family Foundation—was created to motivate faculty at Illinois Institute of Technology toward impactful innovation. Advancements in cancer screening fit the bill. 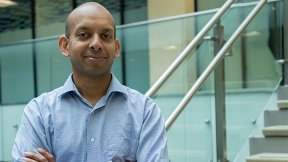 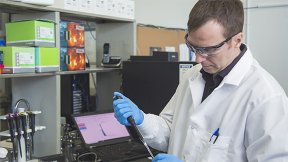