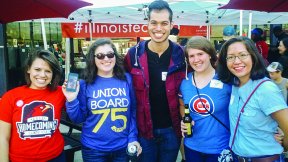 Fun As a Timeless Commodity

Student Union Handbook Cover Melanie Standish (PSYC 3rd year), president of the Illinois Tech Union Board, may be a member of Generation Web; but since history is one of her strong interests, she relished the opportunity to spend hours in the IIT Archives digging up facts the old-school way for... 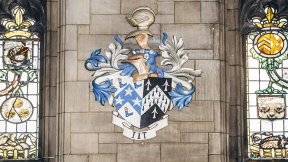 All Hail to the Armours and the Lewises

While Illinois Tech’s official seal has symbols representing the merger of Armour Institute, Lewis Institute, and Chicago-Kent College of Law, the university’s coat-of-arms honors the two families—the Armours and the Lewises—whose combined educational vision laid the cornerstone of today’s Illinois Tech. And while the seal is used as an identifying... 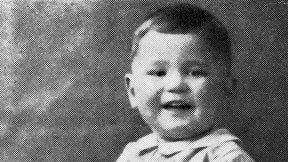 When Lewis Institute—one of IIT’s predecessor schools—was incorporated in 1895, it asserted itself as a modern education leader on several levels. Guided by terms stipulated in the will of benefactor Allen Cleveland Lewis, trustees tapped several prominent education visionaries to lead the institute, including William Rainey Harper and George Noble Carman, both on staff at the University of Chicago. By offering evening courses for the working class, Lewis Institute is considered to be the forerunner of adult education in the United States; its two-year Associate in Arts degree also makes it the first junior college. And Lewis’s wishes to include a “school for respectable females” within the institute resulted in a bachelor’s degree in domestic economy, with specialized coursework in the arts, sciences, and design to not only improve homemaking skills but also to form a foundation for a career in teaching. 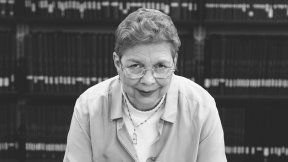 A Satisfying Life Among the Stacks

IF YOU KEEP READING, I'LL LET YOU IN ON A SECRET. While I’ve never seen it listed in any job description, one of the most crucial qualifications to success in the archival field is passion. Whether we approach our work from a historical perspective or a technical one, the endorphin-induced... 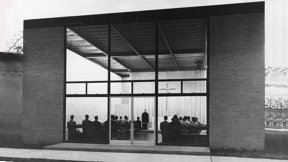 A Chapel for All

On the northeast side of IIT Main Campus, blocks away from the ornate red brick and arched façade of Machinery Hall, is a more modest, single-story building — the Robert F. Carr Memorial Chapel of Saint Savior. Unassuming as it may appear, the structure is significant for two primary reasons...